This collection inverts the lens typically used to study US cultural influence in Cuba by exploring how these religious agents of imperialism were impacted by those to whom they preached. In 1950s rural Cuba, the priorities and commitments of foreign Protestant evangelizers were fundamentally altered as a result of intimate relations with Cuban and Caribbean Protestants. Rural foreign missionaries’ relationships with vulnerable populations in Cuba proved radically different from the deeply stratified contact between Anglo-American executives and their employees. Where a foreign administrator treated most Cuban and Caribbean labourers as disposable, but necessary tools in their pursuit of capital, foreign missionaries saw a potential student, parishioner, or fellow Protestant worker helping to transform Cuban society by reducing rural dependency.

Informed by Cuban and Caribbean Protestants, throughout the 1950s, Anglo-American missionaries began to link their own spiritual commitments to the revolutionary movement taking hold on the island. A disproportionate share of Cubans who identified as Protestant or attended Protestant schools participated in the struggle against the Fulgencio Batista government. This archive offers oral histories, memoirs and letters which suggest that a deep solidarity developed between foreign evangelisers and Cuba’s marginalised populations over time, as they collectively bore witness to brutal manifestations of desperation and violence, imperialism and capitalism, during the late-1950s. Many rural missionaries, and particularly women missionaries, viewed the abuses of the Batista government and the exploitation by US corporations firsthand. They came to understand both as obstacles to the moral and equitable society they hoped to construct with their fellow Protestants in Cuba.

Larry Rankin was the son of Methodist Missionaries Victor and Kathleen Rankin in Camagüey in the 1950s. The missionary couple preached and served at Pinson College.
(Image Courtesy of the United Methodist Archive and Historical Center at Drew University)

Lois Robinson worked as a nurse at the Churchill Clinic while her husband Morrell Robinson served as Methodist Pastor in Mayarí, Oriente in the late 1950s.
(Image Courtesy of the United Methodist Archive and Historical Center at Drew University)

Marge and Ed Nesman worked as Methodist Missionary educators at the Agricultural and Industrial School in Playa Manteca, Oriente in the 1950s. 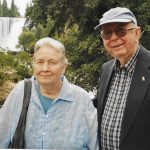 Carroll English served as a teacher at the Agricultural and Industrial School in Playa Manteca, a few miles from the United Fruit and Sugar Company mill at Preston. In the mornings, before undertaking her duties at la granja, English ventured to a nearby batey and instructed the children of Cuban cane-cutters. Later in the 1950s English taught at Colegio Buena Vista in Havana.
(Image Courtesy of the United Methodist Archive and Historical Center at Drew University)

Lawrence A. Rankin, “Early Methodism in Cuba, Towards a National Church 1883-1959”
Paper Download

Courtesey of Lawrence A. Rankin

Methodist Mission in Camagüey in Times of Revolution